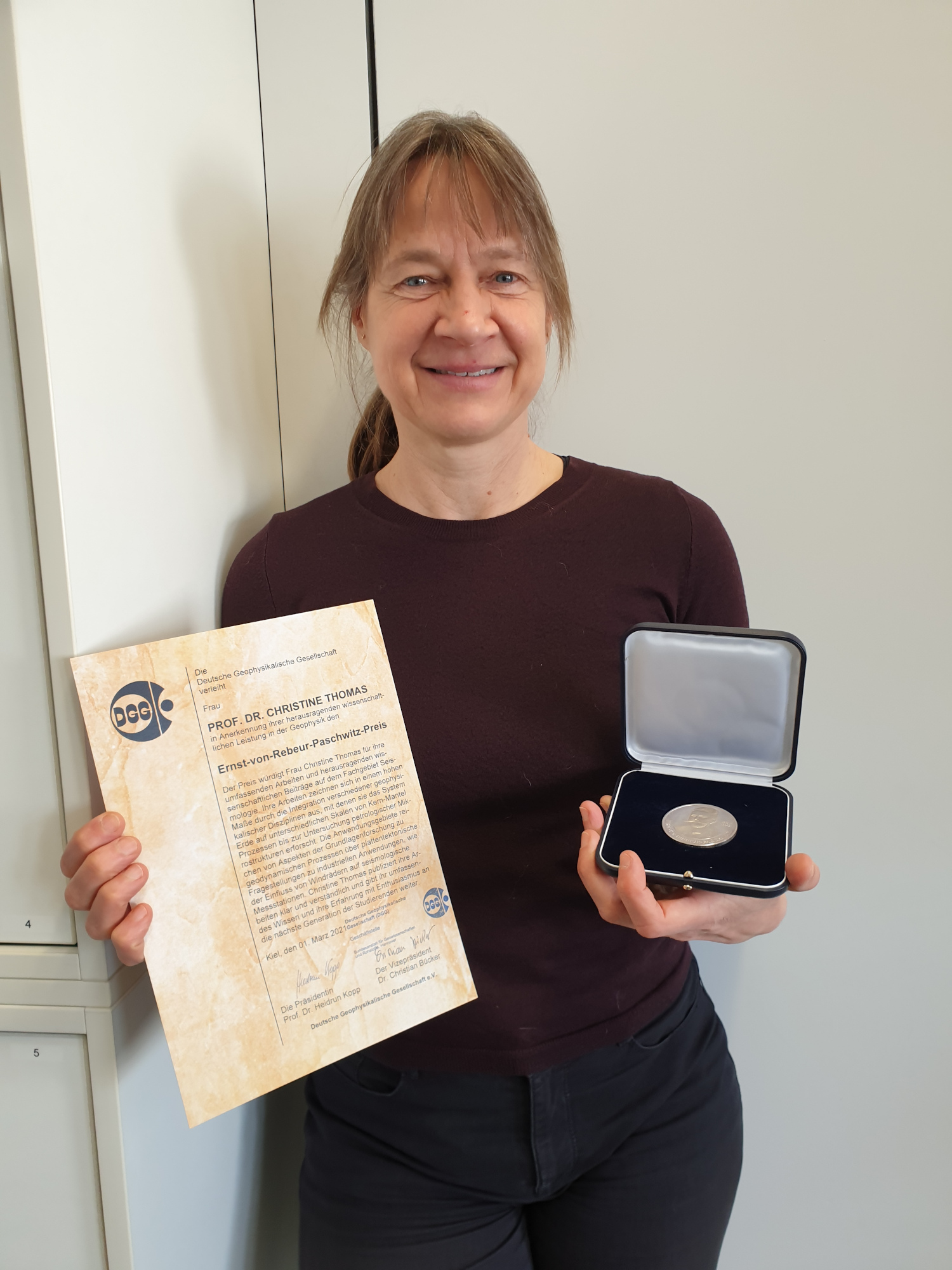 TIMEleSS PI Tine Thomas received the Ernst-von-Rebeur-Paschwitz-Preis from the Deutschen Geophysikalischen Gesellschaft in 2020 for her sustained excellence in science. The medal was awarded in 2020 with a virtual celebration ceremony in 2021.

Ernst von Rebeur-Paschwitz was an astronomer, geodesist and geophysicist, famous for his work on horizontal pendulums to record long-distance earthquakes. He also proposed to create an international network of seismological stations and this idea led to the founding of the International Seismological Association.

Since 2004, the DGG honors outstanding scientific achievements in the field of geophysics with the Ernst von Rebeur Paschwitz Prize. The target group are researchers from Germany or abroad who are in the middle or advanced stages of their careers, with an award every 2 to 4 years.